Is driving with the interior light on an illegal act?

Many drivers believe that it is but what’s the real truth?

Driving with the interior light on in our car has for a long time been considered an act that could see you land in hot water with the police but have we all been worrying for nothing or is it really an illegal act?
For many years now (me included), drivers and passengers have for some reason believed that switching the interior light on must only be carried out for a split second and then switched back off, never to be left on or you could get into trouble for distracting other road users.
However, according to the Highway Code, it isn’t against the law to drive a vehicle with the interior light switched on. 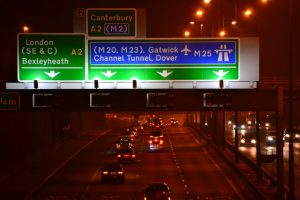 Is driving with the interior light on an illegal act? © Copyright David Martin and licensed for reuse under this Creative Commons Licence.

You cannot show anything through the back windscreen of your car apart from a red light and the driver must not be distracted from watching the road but apart from that, there’s no reason why you can’t travel with your inside light on if you so wish.
According to a spokesman for the RAC, there’s no law in the UK stopping people from leaving their interior light on whilst driving but if you get pulled over by the police and they consider the interior light to be a driving distraction, they can ask you to switch it off.
The only point to be aware of, is that a white interior light must not be visible from outside the back of your vehicle, as it’s an offence to ‘show a light other than red to the rear’ but this is highly unlikely to happen.
As one police officer said: “When you think about it, a car has numerous lights within the cockpit nowadays, one more located in the roof probably won’t make much difference. (Sat-navs, instrument dials, radios etc).”
So drivers of Britain, no more having to panic about switching the interior light off quickly or telling your children to turn it off so we don’t distract other road users – just remember to turn them off when you arrive at your destination to avoid a flat battery!

Please click here to find out more about our car leasing services and special deals, or give us a call NOW on 0800 311 8290.