News laws being introduced in late April this year will mean bigger fines for the worst speeding offenders on UK roads.
The most serious offenders will see speeding fines go up by a staggering 50% from April 24 this year, when the new laws come into force.
The new guidelines have been published by the Sentencing Council and will be enforced by Magistrates’ Courts throughout England and Wales with the most serious speeding offenders, along with TV laws and animal cruelty being the main targets for change. 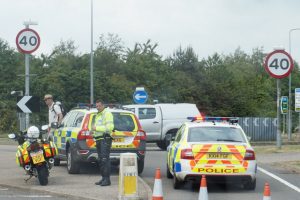 The most serious speeding culprits will, from April, be faced with speeding fines starting from around 150% of their week’s salary, up 50% from the current rate.
Under the new guidelines, the £5,000 cap on penalties will be done away with.
The new laws will be felt more by drivers found guilty of driving over 100mph on the motorway, or roads with a 70mph limit, those doing more than 50mph through a 30mph limit and drivers going over 40mph in a 20mph zoned area.
Back in 2015, the courts convicted 166,695 drivers for speeding offences, paying on average a fine of £188. In the same period, over 1 million drivers paid a fixed penalty fine of £100 or more, mainly after being caught out by cameras.
According to the Council, the new fines echo the possible harm that increased speeds over the set limits could result in.
What identifies a driver found guilty of speeding as a serious offender is how far over the speed limit they’ve been caught doing, which differs between the various speed limits.
The vast majority of offenders caught speeding are dealt with by the Magistrates’ Courts in England and Wales, says Sentencing Council member and District Judge, Richard Williams.
As a result, it was vital that the guidelines were updated to make sure that sentences handed out by the courts are effective and consistent.
Please click here to find out more about Flexed.co.uk’s car leasing services.