Staff at petrol stations across the UK are being made to pay for fuel thefts, due to the rise in the number of motorists driving away from the petrol pumps without paying.
The theft of fuel has been docked from employees’ wages, a process labelled “illegal and immoral” by Union bosses.
According to the latest figures released by the Home Office, petrol theft is still on the rise, leaping by more than a third over the past five years. 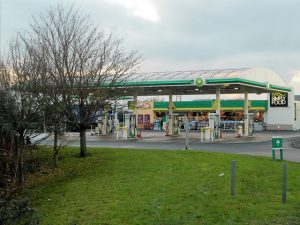 The name given to petrol theft is ‘bilking’ and the crime is costing petrol stations in Britain around £31.4million each year, up from £24.6million four years ago. It’s been estimated that the average fuel theft is for £50-£60 worth.
This figure, however, is a lot to take from the wages of a petrol station attendant, who are some of the UK’s lowest paid employees, with many only earning slightly more than the minimum wage.
Despite this, the policy has been defended by petrol station owners, who say this practice has only occurred in a “handful of cases”, claiming it’s been when members of staff have shown negligence over a theft.
Generally, when a car pulls up to the pumps, the staff worker has to look at the car and press a button to enable the purchase, then the pump will begin to work.
According to the Petrol Retailers Association, who are in charge of representing independent petrol stations in the UK, members of staff should make a record of the car’s number plates that drive off without paying.
They also underlined the fact that staff members are asked to sign a form when they start in their new role, saying they’re aware of possible wage deductions, so they do know the risks from the start.
They also stated that this practice was only used in a small quantity of cases, as other corrective measures are looked into first.
The boss of the GMB Union, Paul Maloney, says that petrol stations which haven’t invested in CCTV security cameras shouldn’t be able to simply pass the problem onto their employees.
Mr Maloney says that security measures on forecourts are the responsibility of the owners and it was up to them to install number plate recognition security cameras at the pumps.
“They shouldn’t pass on their responsibilities to their lowest-paid members of staff,” said Mr Maloney.
Please click here to find out more about Flexed.co.uk’s car leasing services.