With many manufacturers like Audi, Jaguar, Kia and Toyota leading the way with their electric SUV’s. Skoda has decided it’s their turn to shine with the Skoda Enyaq which is due to be released later this year, as part of their plan to release 10 electrified vehicles by 2022. Following their name pattern of SUV’s ending with ‘Q’, the word Enyaq is derived from an Irish name ‘Enya’ meaning source of life which relates to the new era of electric vehicle manufacturing, who knew a Skoda’s name could have such meaning?! 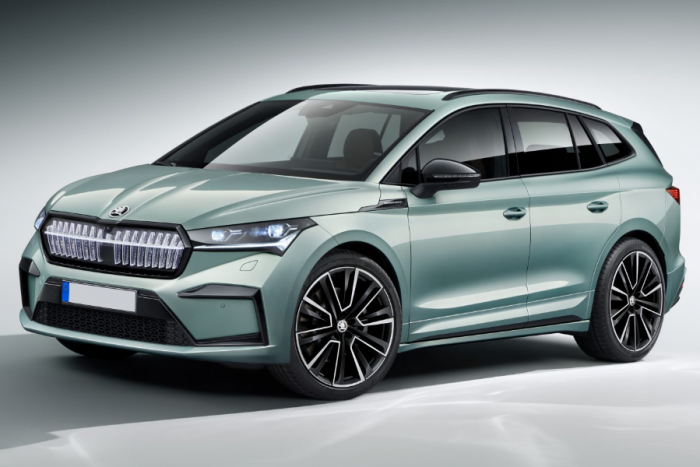 The Skoda Enyaq borrows a few features from its SUV siblings (Kamiq, Karoq & Kodiaq) such as the headlight design and bumpers, so no wacky futuristic looks for Skoda just yet. As it is an electric car, it doesn’t need a grille opening to cool the engine. However, you can pay extra for an illuminated ‘crystal’ grille which features a series of vertical bars which are LED-lit. You could say it is like the budget version to what you find on a BMW X6 and the all-new Rolls-Royce Ghost. 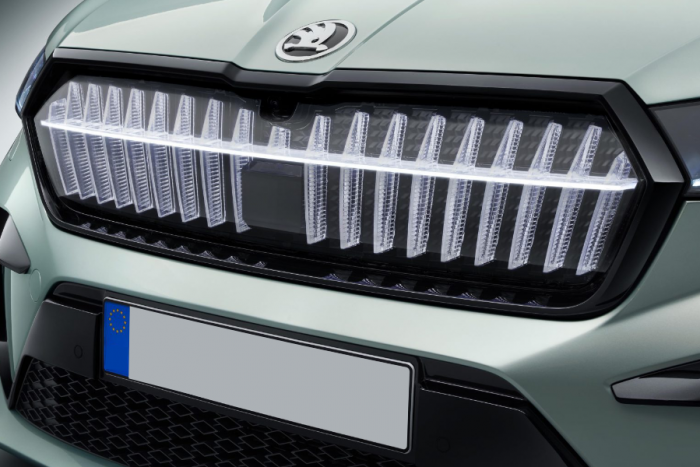 From the side, the Enyaq’s sloped roofline looks more similar to the Volkswagen ID.4 than a high riding SUV. The two cars do share many of their mechanical parts which could explain the similarities. As standard on entry level models the Enyaq gets 19-inch alloy wheels but top spec models come with 21-inch alloy wheels.

On the rear of the car, there are a lot of features which are similar to other Skoda’s with angular brake lights and the brands signature across the boot lid. You can also get different coloured bumper trim depending on which model you select. 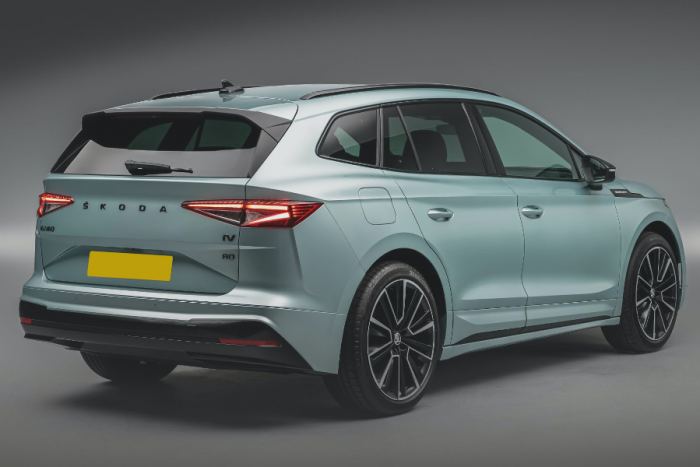 Now onto the interior of the Enyaq, it doesn’t look too different from other Skoda SUV’s which certainly isn’t a bad thing. There is a simple and minimalist layout which is partly made up of various recycled materials. As standard the Enyaq comes with a 5-inch digital driver’s display and the largest screen ever fitted to a Skoda, a 13-inch touchscreen which is mounted to the centre of the dashboard.

There is Apple CarPlay & Android Auto which means you can wirelessly connect your phone and talk to Laura, Skoda’s latest personal assistant. However she will only understand simple sentences and demand such as saying ‘I’m Hot’ will prompt it to lower the interior temperature. 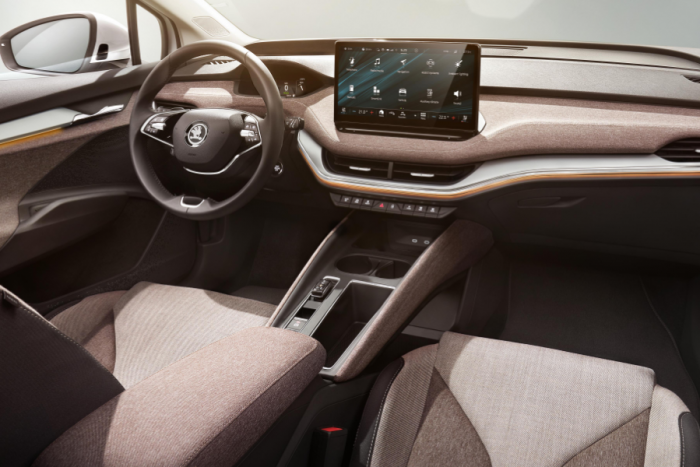 Now onto the thing you have been waiting for the range and motors of the car. There will be a few models to choose from when the Enyaq is released. Two two-wheel drive models which have a 242-316 mile range depending on exact model chosen. Plus two four-wheel drive models which have maximum mile range of about 285 miles. Included in the four-wheel drive versions is the top of the range VRS model which produces 306hp and is capable of 0-60mph in just over 6 secs. 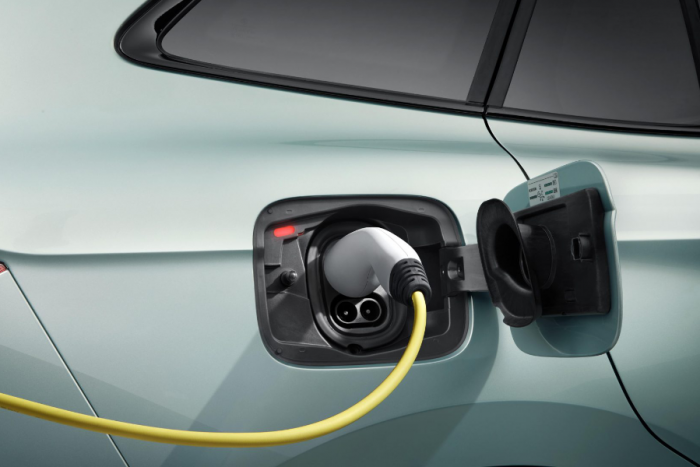 Interest in an Electric or Hybrid Car? Please click here to view all our current offers or give us a call on 0800 311 8290 to find out more about leasing an electric car. We have a variety of cars such as the BMW i3, Toyota Yaris, Kia Niro, Audi E-Tron & Volvo XC90.