According to new figures released by the RAC, over 210,000 car owners had their vehicle damaged by an act of vandalism in 2016, resulting in a 10% rise in just three years.
Car owners living in Greater Manchester seem to be the most at risk of becoming a victim of car crime. A Freedom of Information request sent to the police force found there was a 37% increase in car vandalism in the area in only three years. After London, Greater Manchester has the greatest number of damaged cars.
There was also a rise in car vandalism by 25% in Hertfordshire and West Yorkshire, whilst in Northumbria there’s been a rise of 22%.
In total, 24 police forces claim to have seen a rise in criminal damage reported by car owners, which is double the number that reported a drop in criminal damage cases. 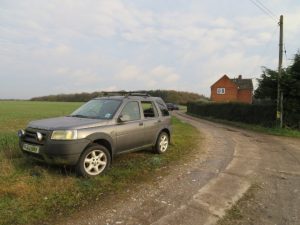 However, RAC insurance director Mark Godfrey believes the overall figure for the number of vehicles targeted by vandals is possibly much higher, as some drivers fail to report an incident to the police because they don’t want to make a claim through their insurance company as this could result in their next premium going up in price.
Mr Godfrey also says there’s not much car owner’s can do to stop it from happening but there’s a few simple precautions you can try, such as parking in well used areas during the day and at night time, park away from pubs and clubs and always on well-lit streets. At home, if you have a garage it’s best to use this for your car rather than as a storage space.
“It’s also good advice to use car parks that carry the ‘Park Mark’ Safer Parking symbol, which means there are measures in place to ensure the safety of people and vehicles,” added Mr Godfrey.
If you find yourself the target of car vandals, the best thing to do is take photos of the damage and report it to the police immediately. A crime reference number will be provided which can then be used with any ensuing insurance claim.