An international oil and gas consultancy firm, Facts Global Energy (FGE), has analysed data from the oil industry and global demand for electric vehicles (EVs) and has published its assessment in a new report, claiming that the electric vehicle market will not affect worldwide petrol consumption for over 20 years.
The head of oil demand at FGE, Cuneyt Kazokoglu, was the main analytics expert working on the new report, which warns people against overestimating the buzz of excitement currently surrounding electric cars and their development. 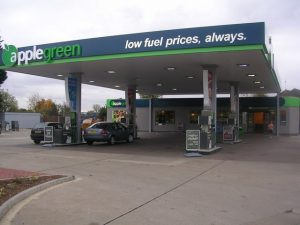 Petrol demand will not be affected by EVs

Figures from 2016 suggest that less than one per cent of the cars sold globally were electric-powered. In his report, Kazokoglu predicts this figure to increase by nine per cent by 2040, when the number of cars being driven on the world’s roads is predicted to reach 1.8 billion.
According to FGE’s estimations then, electric car sales will still only account for 10 per cent of global new car sales by 2040 and petrol car sales will continue to dominate the market.
One of the key issues negatively impacting the growth of EVs is battery technology and its lack of obvious development. While battery technology does continue to advance, the pace of this advancement remains too insignificant to entice petrol users away.
Kazokoglu states that EV manufacturers must focus on increasing capacity whilst addressing the problem of battery pack weight and size.
The report also discusses the importance of government support for EV uptake and how government incentives will be crucial for pushing sales. To support these claims, Kazokoglu uses Denmark as an example of the effectiveness of financial incentives.
When the Danish government withdrew its EV consumer incentive in 2016, electric car sales plummeted by a staggering 80 per cent compared to figures from the previous year.
Kazokoglu predicts the demand for petrol cars will only increase in the developing Asian market over the next two to three decades, and that EVs will account for a very insignificant fraction of the passenger vehicle market.
Please follow this link to read about Flexed.co.uk ‘s car leasing services.