Pass rates for the UK Driving Theory Test are falling

In the UK, those wishing to gain a full driver’s licence must first take and pass their driving theory test.
The theory test was introduced back in July 1996 as a written examination and updated in 2000 to a computer-based test. In 2002, the hazard perception test was brought in.
Recent figures released by the Driver and Vehicle Standards Agency (DVSA) for July and September 2016, revealed that 511,708 people sat their car theory test during this period, with 51% failing to pass.
According to the DVSA, the reason why the pass rate has fallen so drastically from 65% 10 years ago is down to the fact that new theory test questions have been added which haven’t been published before. 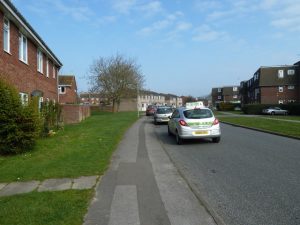 It costs each learner driver in the UK £23 to take their theory test, meaning every failed attempt and resit, going on the figures above, signifies a revenue of £6 million for the DVSA.
Unfortunately, in order to obtain a full driving licence you must take the theory test and once passed, the practical test must be taken within the next two years.
The driving theory test is made up of two segments: multiple choice questions and a hazard perception test.
In order to gain a pass and a certificate, the learner driver has to pass both parts. Once successful, the candidate can then go on and book their practical test, which must be taken within two years of passing the theory test, or they will have to retake both elements of the theory test again.
The multiple choice element of the theory test is carried out in front of a computer, with 50 multiple choice questions for the candidate to answer. To gain a pass, the candidate must answer at least 43 of the 50 questions correctly. The questions are selected randomly from a reserve of around 1,000, covering a whole host of driving-related topics.
This part of the theory test normally lasts just shy of an hour; however those with special needs can ask for extra time.
The applicant is given 15 minutes at the start to practise using the system and once they begin, all 50 questions must be answered.
The candidate simply touches the answer they want to choose from the options on the screen. They can deselect a choice if they make a mistake and re-answer it and can go back and visit any unanswered questions they weren’t sure of at a later date with ease.
For the hazard perception part of the theory test, the applicant must watch and observe 14 one-minute short video clips, clicking the screen when they spot a possible hazard.
Upon passing both elements of the theory test, the applicant will receive a certificate to show they were successful and can now go on and book their practical test, which for most learner drivers is the most nerve-racking part of the whole learning process.