Are you parking your car the wrong way at night?

Motorists who park the wrong way on a road could be risking a fine of up to £1,000 without really knowing that they’ve broken the rules.
According to the Highway Code, drivers must park the same way as the flow of traffic at night if a marked parking space is not being used.
However, this rule is not one that’s well-known amongst UK motorists, who could be at risk of being issued with a hefty fine if caught.
The Highway Code stipulates that the rule is meant to stop drivers from parking facing the traffic in unlit roads, as this could lead to serious accidents. 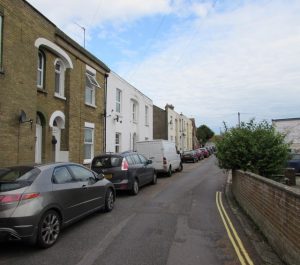 Are you parking your car the wrong way at night? © Copyright Jaggery and licensed for reuse under this Creative Commons Licence.

Motorists in cars caught flouting the rules of the Highway Code could be fined £1,000, rising to £2,500 for goods vehicles and passenger vehicles carrying eight people or more.
According to Scrapcarcomparison.co.uk, vehicles parked the wrong way at night are totally in darkness to drivers passing by and would struggle to see them properly.
A spokesman said: “Motors parked the correct way would be visible and illuminated by headlights bouncing off the rear reflectors.”
In the Highway Code, rule 248 states: ‘you MUST NOT park on a road at night facing against the direction of the traffic flow unless in a recognised parking space’ – yet not many drivers are clued up on this rule and could be risking a substantial fine as a result.
“We’ve dealt with cars that have been written-off due to a passing car crashing into them as they have partly stuck out from a parking space,” added their spokesman.
So during the day it’s not an issue but as soon as it goes dark drivers risk being fined for breaking the rules.
In unlit areas, parking the wrong way can be particularly dangerous as it’s a vehicle’s rear reflectors that alert passing cars to the fact that they are there.
Whilst there’s no risk to an offenders driving licence, the fines associated with flouting this rule can be hefty.

Please click here to find out more about our business/personal car leasing services and special deals, or give us a call NOW on 0800 311 8290.