Is Top Gear your Favourite or is Car SOS more your thing!

It’s a fact… we’re a nation of car enthusiasts! It’s true, a lot of people in the UK love anything that has wheels, whether that’s two, three or four and of course, the faster they go, the more we love them!

To feed our ‘need for speed’ and to keep us updated with all that’s happening in the motoring industry, we have programmes on TV that we’ve enjoyed watching for over 40 years, with Top Gear being the most popular and well-known show to tune into every week.

The original Top Gear motoring magazine show first aired in the UK back in 1977 on BBC2 and ran until 2001, providing watchers with a mixture of motoring topics from car reviews to road safety and consumer advice. In 2002, the show made a comeback after Jeremy Clarkson and Andy Wilman convinced the BBC to bring it back under a new revamped format and of course, the rest is history..

5th Gear with Tiff Needell, now known as Fifth Gear, aired on Channel 5 from 2002 to 2011 before moving to the Discovery Channel (2012), then to History in 2015. Upon its second return in 2018, the show is now presented by Vicki Butler-Henderson, Jason Plato and Jonny Smith and is broadcast on Quest. The style of the show is similar to that of Top Gear but without the madcap pranks that Jeremy Clarkson, Ricard Hammond and James May used to be involved in. 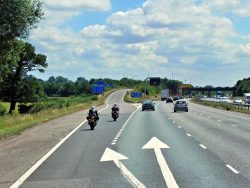 Whether you love two wheels or four, you’ll find something to watch in our Top 10 Best Car Shows On TV list!

As well as loving motoring magazine style programmes, we also enjoy watching shows that have presenters surprising a member of the public after taking their old, often unloved classic car away to be transformed without them even knowing it had been removed from the garage or driveway (Car SOS)!

And of course, there’s Wheeler Dealers with car enthusiast Mike Brewer and mechanic Edd China, which shows them buying an old car, restoring it, then selling it on for a profit (most of the time)! Edd has now left the show and has been replaced by Ant Anstead.

A more wild and whacky choice, offering something a bit different, is Red Bull Soapbox Race, which held its first race back in 2000. The race is organised by the Red Bull Company and is held in a different country every year – one to watch for a good laugh, as many of the ‘homemade’ vehicles end up crashing on the way down the course, throwing the driver and passengers out in grand style!

A lot of motoring related programmes from the U.S have become increasingly popular here in the UK such as Fast N’ Loud, which features Richard Rawlings and his crew looking for old and run-down cars, then restoring them for profit. Richard’s Gas Monkey Garage is based in Dallas, Texas and is now as well-known over here as it is in the U.S!

Whether it’s two wheels, three or four that revs you up and makes you want to switch on the TV to watch other like-minded motoring enthusiasts, we’ve got you covered in our following list of the Top 10 Best Car Shows on TV (in no particular order).

1. Top Gear – the current show is so far proving a hit with its audience, as Chris Harris continues to thrill car enthusiasts when he gets behind the wheel of a fast car, whilst Paddy McGuinness and Andrew (Freddie) Flintoff add a touch of Northern warmth, wit and humour.

2. Comedians In Cars Getting Coffee – an American car show with a difference that now airs on Netflix. Jerry Seinfeld chooses and drives a vintage car, then collects a guest comedian to join him on a ride which usually involves reaching a café or restaurant for coffee whilst chatting on the way.

3. The Grand Tour – it premiered in 2016 after all three left the BBC series Top Gear – Jeremy Clarkson, Richard Hammond and James May present their all-new British motoring television series which is produced exclusively by Amazon for its online streaming service Amazon Prime Video.

The show follows a similar format to that of Top Gear, with car reviews, timed laps, celebrity guests, motoring challenges and races etc..

4. Jay Leno’s Garage – an American web and TV series about motor vehicles, mainly cars and motorbikes, hosted by Jay Leno. The former host of The Tonight Show does car and motorbike reviews on classic cars, as well as super cars such as the McLaren P1, sports cars, restored cars and vintage. His Big Dog Garage can be found in Burbank, California.

5. Fast N’ Loud – Richard Rawlings and his crew work from the Gas Monkey Garage in Dallas, Texas where they restore old, tired cars in the hope of making a profit.

7. Counting Cars – an American reality television series that’s filmed in Las Vegas, Nevada. The series follows Danny Koker (a.k.a. The Count) and his crew as they restore and modify classic cars and motorbikes before selling them on or sometimes keeping them.

8. Car SOS – a British motoring entertainment show presented by Tim Shaw and Fuzz Townshend. They take a member of the public’s old, often beaten-up classic car without them knowing and surprise them at a staged event where they are reunited with their finished car looking absolutely amazing.

9. Red Bull Soapbox Race – wild, whacky & totally crazy and that’s both the vehicle and the mad people who want to drive them down the course! It’s fun, different and very entertaining, so definitely worth a watch.

10. Wheeler Dealers – now fronted by car enthusiast Mike Brewer and Ant Anstead, following the decision by mechanic Edd China to leave the show after series 13. The show has the presenters finding and buying an old but repairable vehicle to a budget, then selling it on to a new owner, hopefully for profit.

Please click here to find out more about our car leasing services and fantastic offers for both Business and Personal customers, or give us a call NOW on 0800 311 8290.