Operation Snap was introduced last October by North Wales Police and uses dashcam footage to help catch dangerous drivers and offenders in the act.
So far, 80 penalties have been handed out as a result of the operation.
Vehicle dashcams were initially launched for driver protection against fraudulent insurance claims. With the aid of a dashcam, it’s much easier to understand who’s at fault if an accident occurs. 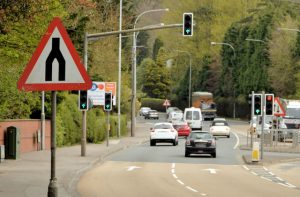 Operation Snap was introduced last October by North Wales Police and so far 80 penalties have been handed out © Copyright Albert Bridge and licensed for reuse under this Creative Commons Licence.

The idea behind Operation Snap was to allow the public to send in video footage showing bad drivers on the road doing things they shouldn’t via their dashcam or helmet camera.
With less police on the roads these days, help from the public to catch those in the act is a clever way of bringing the two together.
The operation is the first of its type in the country and so far seems to be working well, with 100 clips uploaded to the database already and 80 penalties handed out during its first six months in operation.
Using dashcam evidence to get a conviction isn’t a totally new idea, in December 2015 a driver was jailed after dashcam footage was shown as evidence.
Police forces across the country have struggled over the years to keep up with all the video clips sent to them, mainly because of limited resources and fewer traffic police.
Charging offenders and going through the process under the old rules used to take around 15 police hours, with interviews and large amounts of paperwork involved but the new process only takes around 15 minutes North Wales Police determined – members of the public simply upload their dashcam clip onto the website with a short description.
Now thanks to Operation Snap, police officers simply look at each video clip and according to what they find, the appropriate penalty notice will be sent to the offender, who can either accept the notice or take it further if they dispute it.
North Wales Police can now use all videos uploaded by members of the public to go after dangerous motorists, including those who continue to use their mobile phone whilst driving, jump red lights, drive without due care and attention or drive dangerously.
They also encourage cyclists and horse riders to upload any footage showing motorists driving way too close to them.
It’s believed that only two offenders caught during Operation Snap have appealed their penalty, both to no avail.

To find out more about our car leasing services or special deals, please click here.