Almost one in 6 drivers claim their neighbours park badly 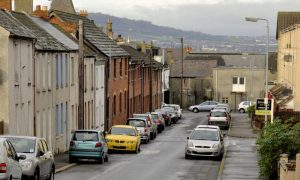 The study carried out by the RAC, found that almost one in 6 drivers believed the way in which their neighbour’s parked was “appalling.”
According to their findings, 62% of those questioned described the way their neighbours parked as selfish, with 31% claiming their vehicle had been blocked in by a neighbour’s car.
However, rather than speaking to one another and resolving the issue via friendly conversation, 6% of drivers who took part in the survey chose retaliation instead and parked their own car poorly to provoke their neighbour.
Around one third decided to teach them a lesson by way of parking so that their neighbour found it difficult to get out, whilst 29% admitted to parking their own car in their neighbour’s place whilst they were out.
A spokesman for RAC Insurance, Simon Williams, said: “Parking is a very sensitive issue, particularly when it’s outside your own home as it brings out the ‘Nimby’ in everyone.”