Car insurance fraud is on the rise according to the new study.

A new study has been carried out by Churchill Insurance into the types of car insurance fraud that is occurring on roads in the UK and according to their findings, fraudsters are more than likely going to use low-speed crashes to claim compensation.
Also on the rise is claiming for non-existing passengers, or so-called “phantom passengers”, rising to 8% last year, which is up by 2% from 2015.
The various types of car insurance fraud were looked at by Churchill Insurance as part of a new study to find out what the most common type of fraud was on roads in the UK. They discovered that low-speed crashes were the type of fraud most likely to be used to claim compensation. 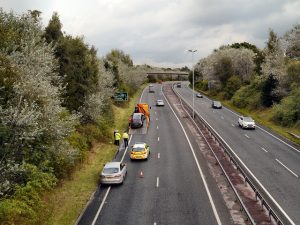 According to the report, car insurance fraud is on the rise and low-speed crashes make up over one third of all insurance fraud.
The Association of British Insurers revealed data which showed that there were 70,000 cases of car insurance fraud in 2015, equating to 192 episodes per day.
Car insurance fraudsters are getting away with around £800 million each year, with an average payout totalling a staggering £11,428.
These fraudsters are costing each honest driver in the UK, on average, around an extra £90 for their policy.
The Government announced new plans last year to try and put a stop to insurance fraud by introducing a cap on claims for minor whiplash injuries. This change could save motorists across the country around £40 on their car insurance.
The upper limit for small claims court has also been increased by the Government for personal injury claims, rising from £1,000 to £5,000.
“Fraudulent car insurance claims are on the rise, as opportunists try their luck at making exaggerated claims after a genuine accident or reporting injuries to phantom passengers, which have a knock-on financial effect on innocent customers,” said Mark Chiappino, Counter Fraud Manager at Churchill Insurance.