According to official figures, male drivers are SIX times more likely to be banned from driving than women motorists.

The DVLA claims that over the past four years more than 400,000 male drivers have been banned, whilst just 66,272 female drivers received a ban over the same period.

Male motorists are 23 times more likely to be disqualified for dangerous driving – 20,209 cases were recorded within the same time period compared to just 855 female drivers. 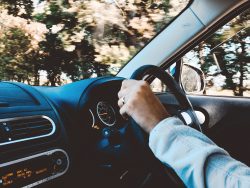 However, whilst drink-driving is still a big issue for both male and female drivers, an alarming 150,107 males were disqualified after being caught offending compared to 34,913 females.

What these figures did show is that males aged 26 years-old are the group most likely to be disqualified, with more than 18,000 ‘boy racers’ disqualified over the same timeframe compared to men aged 60 with 1,988 reported cases.

“The total number of drivers disqualified is pretty astonishing but many won’t be surprised that men make up a significantly greater proportion than women,” said RAC spokesman Pete Williams, adding: “Regrettably, the reputation young men have for irresponsible driving is not unfounded.”

The information gathered showing the differences between both sexes and their driving habits follows a Freedom of Information request by Feel Good Contacts, a company specialising in eye care.

“These findings strongly back up our research and that of the Government, which shows we need a targeted approach aimed at the biggest ‘at risk’ group when it comes to road crashes – that is young men in their early to mid-twenties,” said Rodney Kumar, from UK road safety charity IAM RoadSmart.