Naughty '18' number plates banned from use by the DVLA

It’s March 1 and new number plates came out today, no longer is your ’67’ plate vehicle the new wheels on the road as the ’18’ registration plate replaces them for the next six months.
Twice a year, in March and September, brand new registrations are rolled out which show the rest of the UK what vehicles on the road are the new kids on the block, therefore twice a year it’s the job of the DVLA to sift out all registration plates containing the new numbers that combined with the surrounding letters could cause offence to other road users.
Any combination that is deemed sexist or racist, or spells out a swear word are banned automatically by the DVLA’s censors, who get together twice a year to go through all the possible combinations that could cause offence. 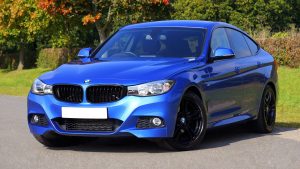 Naughty ’18’ number plates banned from use by the DVLA

As always, there’s quite a few 18-plates that have been banned from use and include a mixture of racist, rude and defamatory combinations. These number plates will never see the light of day and include plates such as RO18 BER, BU18 SHT and TA18 BAN.
The DVLA ban number plates that could also be classed as religiously offensive or drug related and in the past number plates such as JE55 US, AD13 CTS and OS55 AMA have been chopped. Number plate combinations with a political twist to them are also axed and anything ending in BNP is banned.
Once a number plate is banned by the DVLA it stays banned and the full list collated every six months normally fills around 10 pages.
Occasionally, a number plate that should have been banned slips through the net but if it’s brought to the DVLA’s attention they do have the powers to force a driver to hand the plate over.
Those who fork out on a personalised number plate can’t get away with a rude plate either, as DVLA holds the power to decide what can and can’t be used on these as well.
“The vast majority of registration numbers are made available but the Agency holds back any combinations that may cause offence, embarrassment or are in poor taste,” said a spokesman for the DVLA.
Here’s just a few ’18’ reg number plates banned from use:

Please click here to find out more about our car leasing services and fantastic deals, or give us a call today on 0800 311 8290.