What do motorists get up to in their cars during a lifetime of driving?

We Brits spend around 1,080 days in our cars over a lifetime – that’s nearly 3 years!

According to new stats, we Brits spend an unimaginable amount of time in our cars – around 1,080 days in fact, which equates to nearly three years during a lifetime of driving.
With so much time spent in our cars, what do we actually get up to in them? Well, research seems to suggest we spend a quite a bit of time either squabbling, singing or breaking the speed limit, to mention just a few!
The British Lung Foundation has revealed a long list of what a typical motorists gets up to during a lifetime of driving.
The study was conducted to show long much time drivers spend sat in traffic jams inhaling toxic fumes which can shorten our lives. 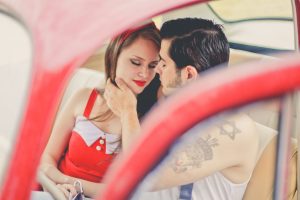 What do motorists get up to in our cars during a lifetime of driving?

Over the three years we spend in our cars during a period of 60 years, we Brits manage to travel an unbelievable 257,356 miles – enough to be able to circumnavigate the globe 10 times!
However, out of the 1,080 days we spend in our cars, 48 of them see us sat in traffic jams and according to the lung charity, this is dangerous to our health.
As well as informing us about the dangers of spending so much time in our vehicles, the BHF also surveyed 2,000 motorists to find out what kind of things we get up to in our cars to waste time.
According to their findings, drivers have cried 33 times, had 51 arguments with other passengers, kissed 81 times with a passenger and driven through 95 puddles on purpose and that’s not all!
Drivers have also played eye-spy 39 times, eaten 60 meals in their cars, sung like a pro to a tune on the radio 112 times and driven through 150 potholes.
A surprisingly number of those taking part still admitted to lighting up behind the wheel too – market researchers OnePoll discovered that over a quarter (26%) confessed to still smoking in the car when there’s other people in with them, whilst 31% admitted to smoking whilst driving alone.
Despite the admissions, 75% of those polled believed banning smoking from vehicles was the right decision.

For more information regarding our car leasing services and special deals please click here, or call us today on 0800 311 8290.