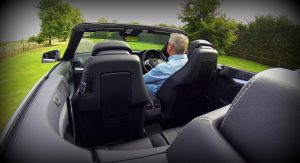 This stands despite the driver being safe behind the wheel, showing how the EU ban which was introduced back in 2012 has had no effect on pricing with UK insurance providers.
From June to August 2017, male drivers were quoted on average a price of £821, whilst female motorists were being quoted £649 in comparison – a difference of 26.5%.
During a study carried out in January 2013, the difference between insurance prices for men and women was 19%.
According to the head of motor insurance, John Miles, the study shows how the introduction of the EU gender directive has had no bearing on the price of insurance premiums, as providers are still passing huge discounts onto female drivers.
Mr Miles believes things have remained pretty much the same for a number of reasons, such as men statistically being involved in more accidents than women, plus more male drivers use business and commercial vehicles than females, making them a much higher risk.
The EU gender directive stopped providers from being able to provide default discounts to female drivers but the statistics and risk assessments used by insurance providers mean that the results are generally the same.
Last year the price of insurance premiums increased by 14% (£95), causing insurance cover to become the most expensive it’s been for over four-and-a-half years.
During the last three months of 2016, insurance premiums on average rose by 4%, which equates to around £30 extra for motorists in the UK and was blamed on the IPT increase to 10% in the October.
This led to a third consecutive quarterly increase for car insurance prices.

Please click here to find out more about our car leasing services and fantastic deals, or give us a call on 0800 311 8290.