London school car ban to be trialled at two locations

Parents in London will soon be banned from driving their children to and from school in a new initiative from Hackney Council designed to tackle dangerous driving and air pollution.
The ‘School Streets’ scheme is to be trialled at St John the Baptist C of E primary, in Hoxton, and Tyssen Community Primary, in Stamford Hill, according to the Evening Standard. If it proves a success, the initiative will be rolled out across other parts of the capital. 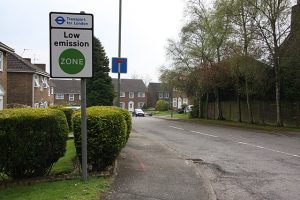 A certain number of streets surrounding the schools will be out of bounds for vehicles between 8.30am-9.15am and 3.15pm-4pm and children attending the two establishments will be required to either walk or cycle.
Parents found to have flouted the rules will receive a fixed penalty fine of £130 through the post, which will be reduced to half that amount if paid within 14 days. Vehicles already within the limits when the daily restrictions come into play will not be punished for driving out of the area.
The initiative is considered in a positive light by many parents and teachers who hope the ban will put an end to the dangerous and aggressive behaviour shown by many drivers in the area during the morning and afternoon rush hour.
Hackney Council said the initiative will also benefit the children’s health whilst also helping the city’s air pollution levels.
Feryal Demirci, Hackney Council’s Cabinet member for neighbourhoods, transport and parks, spoke to the Evening Standard: “Too many children in Hackney are driven to school. It’s bad for air quality and it’s bad for their health.”
London Mayor Sadiq Khan confirmed an Ultra Low Emission Zone will be implemented in central London in 2019. Vehicles will be charged a daily toll of £12.50 if they want to drive into the city centre. The measure is intended to crackdown on the toxic air quality which is affecting the city and its inhabitants.
To read about Flexed.co.uk ‘s car leasing services, please follow this link.