Learner drivers are applying for their provisional licence in record numbers

During the past five years, 8 million people have applied for their provisional

According to new research, eight million people have applied for their provisional licence during the past five years, hitting record numbers.
Over the last five years, more than one million provisional licence applications have been made per year, with over eight million licences given out to learner drivers during the same period – up 8% from 2012.
These figures equate to a further 6,330 people looking to hit the roads here in the UK each month, compared to just five years ago. 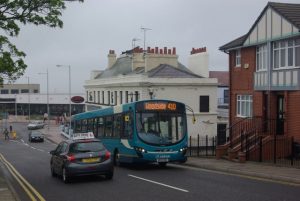 Learner drivers are applying for their provisional licence in record numbers © Copyright Stephen McKay and licensed for reuse under this Creative Commons Licence.

Collingwood Insurance Services obtained the figures via a Freedom of Information request and discovered that the age group of 17 to 24 year-olds were the most common holders of provisional licences.
Despite this fact, their findings also noticed that a large number of 48-50 year-olds are now showing an interest in gaining their full driver’s licence.
According to stats from the Driver and Vehicle Licencing Agency (DVLA), the oldest person in the UK to hold a provisional licence is a 103-year-old lady, whilst the oldest person to hold a full driving licence is 106 years old.
“Driving has become an increasingly important life-skill both for our personal and professional lives,” said online marketing manager at Collingwood Insurance Services, Paul Vickers.
Around 36% of working people in the UK still drive to work says Mr Vickers, plus a large number of students who can drive take their car with them to university, meaning that learning to drive has become an important part of life for people of all ages, which is what their findings showed.

For more information regarding our car leasing services and fantastic deals please click here, or call us today on 0800 311 8290.