A website that allows angry motorists to name-and-shame bad drivers and upload dashcam footage of poor driving has angered campaigners.
The website is www.rate-driver.co.uk and allows members of the public with a gripe to upload pictures and videos showing incidents of bad parking, road rage, dangerous overtaking and tailgating but also allows the car registration number to be seen by everyone.
Some people have even uploaded images of vehicles they claim have crashed into them and sent them off the road, whilst the website even has a monthly top 10 showing the most complained about drivers. 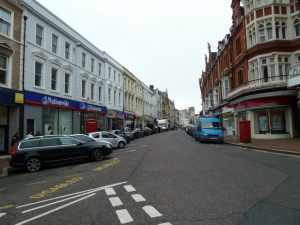 However, campaigners and motoring groups believe the site could target drivers unfairly who’ve made just one simple mistake on the road and could cause them to be humiliated online.
According to Simon Williams, spokesman for the RAC, any incidents of dangerous driving should ‘unquestionably be reported to the police’.
“Frustration may arise if officers don’t take action and this website could be a product of that as well as the growing use of dashcams,” said Mr Williams.
Whilst dashcam footage is now used by some police forces to provide evidence, this kind of website could be misused and see good drivers being punished for making a simple one-off mistake.
“On the other hand, some number plates appear on this site so frequently that you would think the driver concerned should be spoken to by the police,” added Mr Williams.
The site has been used by thousands of motorists to tell their story of how they experienced anti-social driving on a journey and the website now has over 7,000 pages of pictures.
One such story said: ‘T*** parked up in allocated disabled space. Window left open, should’ve posted a turd in.’
The AA has warned about the legalities of using a site like this.
“I would suggest that those posting footage might consider using YouTube’s masking tool for number plates, particularly for video where someone may have been hurt or the victim of circumstances beyond their control,” said an AA spokesman.
Drivers in Wales through the GoSafe initiative can submit footage of poor driving behaviour.
The road safety charity Brake’s spokesman said this had proven a great way of keeping road users safe, adding: “Dangerous driving is a daily scourge on our roads, endangering all road users.”
However, whilst the charity supports platforms like GoSafe, they do not endorse such websites like www.rate-driver.co.uk and urges members of the public to report any incidents of poor driving to the police instead.
The website in question gave no response when asked to comment.

For more information regarding our business/personal car leasing services and special offers please click here, or give us a call NOW on 0800 311 8290.