If you don’t you could face a hefty fine of up to £1,000 and prosecution if involved in an accident!

In the UK, there are certain medical conditions that most of know we have to declare to the Driver and Vehicle Licensing Agency (DVLA) before we drive a vehicle on British roads.

Legally, you must notify the DVLA if you suffer from any type of medical condition that could affect your driving. However, there’s a number of conditions which appear on the government’s website that many people won’t know you have to declare to the DVLA before getting behind the wheel, such as eating disorders and déjà vu! 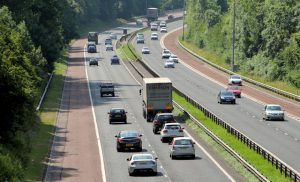 Five medical conditions that surprisingly you need to inform the DVLA about © Copyright Albert Bridge and licensed for reuse under this Creative Commons Licence.

If you don’t inform the DVLA of a medical condition that might affect your driving you could be facing a hefty fine of up to £1,000 and prosecution if you’re involved in an accident.

The following are just a handful of medical conditions that most people aren’t aware should be declared to the DVLA for safety reasons.

We’ve probably all at some point suffered from an episode of déjà vu but what many of us aren’t aware of is that it can be associated with some forms of epilepsy, so if you suffer from medically induced déjà vu you must inform the DVLA, otherwise normal cases do not need reporting.

The condition if severe should be declared to the DVLA as it could cause the sufferer to fall asleep at the wheel.

If you suffer from any type of eating disorder, such as anorexia, you must inform the DVLA, as some of the side effects such as feeling dizzy and/or weak could affect your driving ability.

Around 10 million people in the UK suffer from arthritis which causes severe pain and discomfort in multiple joints. If your condition affects your driving and you’ve been suffering for more than three months you must inform the DVLA.

If you’re suffering from labyrinthitis your symptoms may include headaches, pain and hearing loss but also vertigo, so for safety reasons it must be declared to the DVLA.

For more information regarding our car leasing services and fantastic deals please click here, or give us a call NOW on 0800 311 8290.