One private registration plate sold at auction for over £56,000!

According to new reports, a shocking £111million was collected by the DVLA in 2017 for the sale of personalised number plates, with one motorists treating themselves to a private plate at the cost of more than £56,000.
Over the last 25 years, the DVLA has made £2billion from the sale of personalised number plates at auctions up and down the country.
The DVLA managed to make £250,000 alone in the last 12 months after selling the five most expensive plates of 2017. 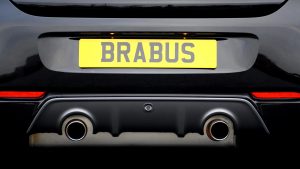 DVLA made £111million on the sale of personalised number plates in 2017.

For more information regarding our car leasing services and fantastic deals please click here, or give us a call today on 0800 311 8290.