Drivers in the UK relying too much on sat navs

As a result, motorists are driving the wrong way down one-way streets, speeding and making risky U-turns

A newly published report has revealed that motorists in the UK have become a nation totally reliant on sat navs, with the device causing many motorists to drive dangerously.
According to the report, one in 20 drivers receive a speeding fine because of their total reliance on the sat nav, which in many cases is showing the incorrect speed limit.
Relying too much on the sat nav led to one in five (18%) of motorists to drive in a dangerous manner. 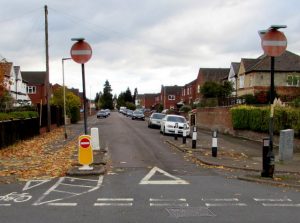 A number of drivers claimed that wrong directions given by their device had caused them to drive the wrong way down a one-way street, or make a U-turn, whilst almost one in six (17%) said that their sat nav had provided them with an incorrect speed limit for a particular road they were driving on.
Comparison website uSwitch.com, who carried out the survey, came to the conclusion that motorists in the UK are a bunch of sat nav addicts, with 95% admitting that they rely totally on their sat nav to help them reach their destination.
The report carried out by uSwitch found that almost eight out of 10 (78%) of motorists now use a sat nav system, or their smartphone for guidance.
According to the report, 56% admitted that they rely on their sat nav for giving them the correct speed limit.
A number of the more up-to-date sat nav devices do have the legal road speeds programmed into the software and has the ability to track the roads and directions.
As a result, around 55% of drivers use their sat nav to receive a warning that a speed camera is approaching, whilst half of those questioned relied on their sat nav to help them stay within the speed limit.
However, the report discovered that many motorists are being caught out by incorrect information being given by their sat nav and a lack of knowledge regarding the speed limit on different types of roads, which is leading to many drivers being fined for breaking the speed limit.
uSwitch found that over a half of drivers (56%) had no idea what the correct speed limit was for a single or dual carriageway.
This is made worse by the fact that 58% of motorists fail to upgrade their sat-nav on a regular basis, leaving them with an out-of-date device.
The report concluded that motorists across the country need to regularly update their sat navs and brush up on the laws of the road, so that they can rely less on their devices.

To find out more about our car leasing services and special offers, please click here.