Most drivers in the UK caught behind the wheel using their mobile phone are being ‘let off’ by the police.
Six out of 10 drivers are offered ‘education’ courses rather than being hit with a fine and/or points on their licence.
The RAC discovered that a number of forces in the country enabled around 87% of offending drivers the chance to avoid a penalty or fine, by opting for a one day course instead. 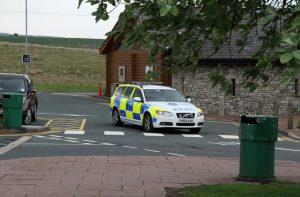 The RAC used the Freedom of Information law to carry out their research, which found that 85,564 reported traffic offences were handed out in 2015 over 32 police forces.
Of those caught during this period using their phone whilst driving, an alarming 53,614 (63%), were sent on a course.
In Devon & Cornwall and North Yorkshire, a startling 87% of those caught were offered the chance of taking an education course rather than being given a fine or points on their licence.
In comparison however, the Metropolitan Police only allowed two from five, or 40 per cent of offending drivers the chance to attend a one-day course.
Campaigners were outraged when the new figures were released, accusing police forces across the UK of failing to administer the law.
At the moment, motorists caught behind the wheel using a mobile phone will receive a £100 fine and three points on their licence but this will all change from March 1 – the fine will rise to £200 and points on the licence will jump from three to six.
The law was changed following a tough campaign by the Daily Mail, backed by road safety experts, grieving families and campaigners.
Despite the new law and a push towards tougher action for those caught driving whilst using a mobile device, police chiefs still give their full backing to educational courses, claiming that punishment in every case might not be fitting.
The education courses are run by the police forces themselves, along with independent groups and cost between £65 and £200. They usually last just shy of a full day and are frequently held at a hotel.
There is no pass or fail test involved, the offenders simply watch videos, role play and listen.
Those who attend the course are immediately exempt from receiving points on their licence or a fine for distracted driving, speeding or other offences of this nature.
According to the police, the money raised, which was £54million in 2014, does not mean they profit in any way but simply recover their costs.
The RACs Pete Williams said: “The approach taken across much of the country is sharply at odds with the direction the law is taking. We believe urgent focus is now needed to ensure as much is being done as possible to get drivers to change their behaviour.”
Mr Williams believes that education still plays a vital role in deterring motorists from driving whilst using a mobile phone.
The popularity of the courses, shows that informing motorists of the dangers of driving whilst being distracted is really important in trying to stamp out this kind of behaviour.