Car colours and what they tell us about each other – really?

When it comes to colour, we all have our favourite and this tends to transfer across to the colour of car we choose to drive.
According to a survey carried out recently by a UK motoring group, women over the age of 55 favour the colour blue, and over half (52%) of the women questioned said that colour was really important to them when they bought the car they currently drive. 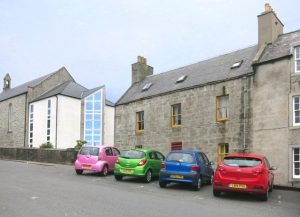 However, if you want other motorists across the country to notice you behind the wheel, then a black car is the one for you – black came out on top as the UK’s favourite car colour, with one in 5 drivers (22%) saying they find those driving a black car attractive.
On the opposite end of the scale, approximately one in 4 (23%) of the 1,000 motorists questioned as part of the survey said they are turned-off by people who drive a brown car and see them as unattractive.
But if you much prefer your fellow motorists to judge you on your personality, then a red, yellow or pink car is the one to choose – over a third (34%) of those polled think that drivers of red cars are the happiest on the roads. Yellow came not far behind with 33.4%, followed by pink at 29.6%.
Of the 1,000 motorists questioned, 40% of the females thought that drivers of yellow cars were the happiest, whilst 30% of the men said they thought drivers in red cars seemed the happiest.
If you don’t want to be thought of as a sad person behind the wheel of your car, then it might be best to stay away from brown, beige or grey as a colour choice, as these are perceived to be the saddest car colours.
According to the results of the survey, drivers of pink cars for some reason tend to be the ones getting the highest number of speeding tickets – maybe they’re so happy they forget to look at their speedometer!
Roughly one in 3 (27%) of pink car drivers owned up to being pulled over for speeding, closely followed by those driving a green car (24%), with black and white both on 2%.
Drivers of gold and beige cars are the ones most likely to get caught up in a road rage situation, with gold slightly more so at 63%, followed closely by beige at 60%.
And whilst red is seen as the car colour for happy people, drivers of red cars are also judged as being angry, as well as risk-takers.
Good old reliable blue is the colour of calmness – drivers of blue cars are thought of as kind, considerate and loyal.
So next time you’re in the market for a new car, you might want to think carefully about the colour you choose!