Have you been double paying for your breakdown cover without knowing?

Apparently, many motorists in the UK have been paying twice for their breakdown cover and could have been doing so for around 16 years.
It turns out that customers of the AA and RAC breakdown recovery companies have been paying out twice but could now be in line for a refund of up to £2,000 each as part of their compensation plans.
After noticing that some of their customers were the holders of two policies at the the same time, the companies have put £15 million to one side. 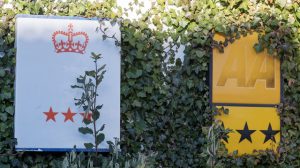 Have you been double paying for your breakdown cover without knowing? © Copyright The Carlisle Kid and licensed for reuse under this Creative Commons Licence.

The two policy mistake came about after customers who’d bought breakdown cover from their motor company, were also paying for the same thing through their current account package with Lloyds Bank or TSB, which as part of the package included annual breakdown cover.
It’s believed that around 17,000 AA customers have been affected by the double policy and almost 8,000 RAC customers, though this figure hasn’t been confirmed.
One customer of the AA who also banks with Lloyds, found out that she’s been paying for two breakdown policies for 16 years and will be reimbursed by the AA for her membership along with 8% interest on top, so could be looking at a £2,000 refund.
News of double breakdown cover and paying out twice for the same thing will scare many people, particularly those who’ve taken out a special package with their bank account, which generally includes small perks such as breakdown cover.
The trouble is that many bank customers don’t know that these extra perks are part of the bundle, many of which they don’t really need.
According to the Financial Ombudsman, over 3,600 complaints are received each month regarding package accounts.
The AA discovered the full extent of the problem last year when they updated their IT systems.
Some members could have been paying out twice for breakdown cover for the last 16 years, which is when Lloyds Bank first introduced packaged bank accounts that included extra perks.
Many other banks in the UK include breakdown cover as part of their package current accounts, which could mean that many more bank customers have been paying out twice without even knowing.

Please click here to find out more about our car leasing services and special deals.