Who are the better drivers, men or women?

Finally we have the answer and it’s…

Women! – Yes, according to figures released by the Driver and Vehicle Licensing Agency (DVLA), women are better drivers than men.
And not just a little bit better but significantly better is what the DVLA’s findings suggest.
Since driving licences were introduced back in 1903 has the question been asked: “Who are the better drivers, men or women?” and finally after 115 years we have the answer – women! 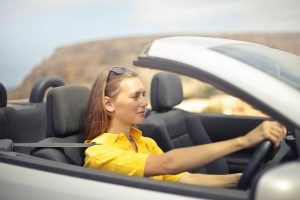 Finally we have the answer to ‘who are the better drivers, men or women’ and it’s… women!

The DVLA says that men are responsible for 7.7 million of the 10.6 million penalty points on UK driving licences up until 10 March this year (72%).
This is despite an almost equal split of male/female drivers in the UK – out of 40 million drivers, 54% are male, a result which surprised motoring experts.
In the UK, there are currently 40,361,967 licence holders, of which 21,819,606 are men and 18,542,361 are women – yet when it comes down to the 10,600,617 penalty points issued to offending drivers, it’s the men who are accountable for 7,668,498 compared to women who hold just 2,932,119 in comparison.
During the past two years, 1,840 drink driving offences were reported and from these, 1,543 (or 84%) involved men and of the 1,703,079 incidents which involved handing out speeding points, 69% were issued to men.
When it came to speeding on the motorway, men were guilty of 78% of recorded offences and whilst it’s said that women talk more than men, this may also be untrue as 82% of penalty points issued for using a mobile phone whilst behind the wheel are held by men.
Furthermore, one of the most male-dominated offences was for exceeding a goods vehicle speed limit – 93%!
The results showed that women were penalised more than men in only three areas – abetting, aiding, counselling or procuring; driving whilst disqualified and for breaking pedestrian crossing laws.
However, according to Steve Horton of Road Safety GB, the figures are a misrepresentation because men drive more miles than women in a year.
“Many behaviours could be displayed by both men and women, like using a mobile phone. But for a variety of reasons more men may be detected doing it,” said Mr Horton.
A spokesman for the AA said: “Men are more likely to be risk takers or put themselves or others in a situation where they are more likely to be put at risk.”
No comments were made by the DfT or DVLA.

For more information regarding our car leasing services and special deals please click here, or give us a call NOW on 0800 311 8290.