Fears over safety by campaigners following a recent study

According to experts, around one million motorists with poor vision are driving illegally on UK roads.
In a newly published study, over one third of optometrists have had a visit from a patient recently with extremely poor eyesight but despite being advised not to drive, they have continued to do so.
As a result of these findings, it’s believed that around a million people in the UK could be still driving despite failing to meet the minimum eyesight standard required to be safe enough to stay on the roads.
The real figure might even be much higher – in a separate poll it was found that three in 10 drivers had admitted to wondering whether their vision was good enough to be getting into a car and driving. 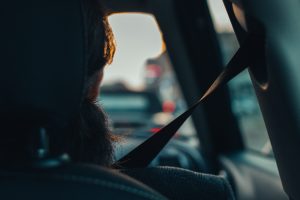 Poppy’s Law is being urged by campaigners, which would make it a legal requirement for medical professionals to inform the right authorities when a patient has been declared unfit to drive.
Last year, a three-year-old girl called Poppy-Arabella Clarke was killed by a 73-year-old driver who had gone against the advice of his optician not to drive and at the time of the accident was not wearing his glasses.
There’s an estimated 32 million cars on our roads and 46 million fully qualified drivers, so there’s a worry that a lot more than predicted could be putting themselves, other road users and pedestrians at risk.
According to the report from the Association of Optometrists (AOP), 35% of practitioners have had a visit from a patient during the last month whose eye sight fell below the standard legal requirement but continued to drive despite being advised to stop.
However, drivers themselves were also showing concern regarding poor eyesight – AOP commissioned a poll and out of the 2,000 drivers taking part, 30% admitted to being worried that their vision was so blurred they really shouldn’t be on the road.
Just over a quarter (26%) said they had put off going for an eye test even though they felt that their vision had got worse, whilst 16% confessed to knowing another driver whose vision was thought to be below the minimum legal requirement.
Alarmingly, just 40% of motorists said they would give up driving altogether if they were informed that their eyesight was below the legal minimum standard.
In the UK, there’s no compulsory eye exam, only when you start learning to drive are you asked to read the number plate of a parked vehicle. So basically a 17-year-old can carry on driving for a lifetime without having any further checks.
At the age of 70, drivers must renew their licence and every three years from there on in but all that is required is the filling in of a form to say you’re fit to continue driving.
Legally, all drivers should inform the DVLA if they start with eye problems that affect their vision, but if they don’t admit to suffering from any problems, their licience carries on being renewed.
A number of tragic cases have come to light which shows how dangerous it is to rely solely on a self-reporting system.
According to the DfT, sixty-three people were seriously injured and seven people killed on UK roads last year when ‘uncorrected, defective eyesight’ was a contributory determinant.
Dr Julie-Anne Little, an AOP board member said the UK ‘falls behind many other countries’ as a result of its reliance on people self-reporting and the number plate test for learner drivers. To urge drivers to get their eyes tested every two years her group have launched a ‘Don’t Swerve A Sight Test’ campaign.
It’s not a legal requirement for optometrists and GPs to report patients they think should no longer be driving, however if they believe a patient has not informed the appropriate authorities themselves they can breach patient confidentiality and report them.
“If you are unsure whether your eyesight meets the standards, you should notify the DVLA and speak to an optician,” said a spokesman for the Department for Transport (DfT).